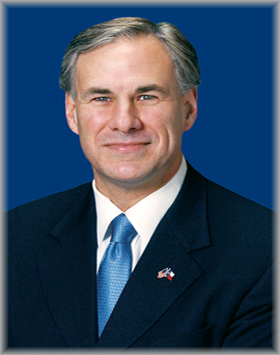 A couple years back, Texas Attorney General, Greg Abbott has filed suit against the Equal Employment Opportunity Commission (EEOC). This was over the right of Texas employers to maintain policies against the hiring of felons for specific job positions. Under current Texas state law, certain state agencies have a comprehensive policy in place which prohibits them from hiring felons. Furthermore, these agencies have developed policies in which candidates for certain sensitive positions must pass thorough background checks to ensure that no one with felony convictions is hired.

Although this may seem reasonable to many of us, the EEOC has a different opinion. As you will recall, the EEOC has taken a stand against these types of all-inclusive policies. In April 2012, the EEOC released guidelines that discouraged employers from disqualifying applicants with criminal records from obtaining employment. Unless employers could prove, on a case by case basis, that a candidate’s conviction was directly related to the job he/she was applying for. Employers in Texas are left with a conundrum, follow state law or follow EEOC guidelines.

The Texas lawsuit alleges, “If state agencies choose to comply with the EEOC’s interpretation, they not only violate state law but also must rewrite their hiring policies at taxpayer expense. And these state entities also must begin evaluating and hiring felons to serve in law enforcement, teach in local elementary schools, nurse veterans, and the disabled, counsel juvenile detainees and coach little league.”

Texas has good reason to worry; the EEOC has already shown the propensity to take action to enforce these guidelines on the grounds that using criminal records improperly. This excludes minorities from employment and therefore is a violation of Title VII of the Civil Rights Act. If you think the EEOC is not serious in its conviction, just ask BMW. The EEOC has recently sued them over its policy of denying employment to felons convicted of murder or rape.

In June, we posted an article detailing the claim: The EEOC files disparate claims against both BMW and Dollar General; first enforcement under revised criminal history guidance.

If successful in this action, Texas is hoping to find the following relief:

This case marks the first direct challenge to the EEOC’s guidance on the use of criminal records. The EEOC has been feeling pressure from others. Nine attorney generals sent an official letter of complaint in June of this year to the EEOC about this subject. It remains unknown if any other states will join in the fight.

Ultimately, Justifacts will certainly keep you familiar with any further developments.