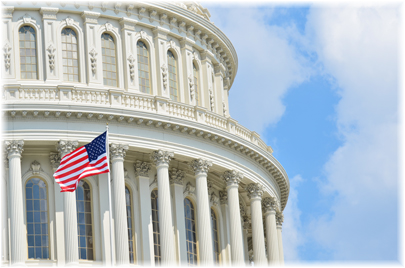 ***Updated 07/29/2019***
Whether you’re conducting background checks nationwide or in your own hometown, state laws can affect the way you screen your applicants. To avoid frustration, it is vital that all employers understand the limitations imposed on consumer reporting agencies (CRAs) and employers by applicable state law.

States have imposed restrictions in the following ways:

Procedural Requirements: Some states have enacted laws that require additional disclosure language in addition to what is mandated in the FCRA. If you live in one of these following states additional disclosure notices will pertain to you: California, Massachusetts, Minnesota, New Jersey, New Mexico, New York, Oklahoma and Washington.

Reporting cases that did not result in a conviction: Criminal record information often includes instances where a person has been charged, but not convicted of a crime. Charges may have been withdrawn or the individual may have been found not guilty. Eight states have restricted the use of this information in a background report. The majority of these states include an exception that the information is reportable if the case is still pending. These types of restrictions are found in the following states: California, Hawaii, Indiana, Kentucky, Massachusetts, Michigan, New Mexico and New York.

The use of older cases: Whereas the FCRA does not allow any the use of any non-convictions older than seven years, several states go further and ban the use of any case older than seven years, even in instances when there was a conviction. Twelve states place restrictions on the reporting of ANY case information older than seven years. These types of restrictions are found in the following states: California, Colorado*, Kansas*, Maryland*, Massachusetts (additional limitations are put on the reporting of misdemeanor offenses), Montana, New Hampshire*, New York *, City of Philadelphia, Texas*, and Washington*.
(* indicates exceptions based on salary.)

Using convictions to disqualify applicants from positions: Some state lawmakers have passed legislation reflective of the EEOC’s guidelines that require employers to justify how an individual’s criminal record would be detrimental to his/ability to perform a specific job. Employers should be aware of restrictions in the states of: Hawaii, New York, Pennsylvania, and Wisconsin.

Ban the Box: So called “Ban the Box” legislation is on the rise. Several states, counties and cities have passed laws against asking about or searching for an applicant’s criminal record. In these states, hiring
managers must wait until at least the first job interview to inquire about an individual’s criminal history. Currently twelve states (California, Colorado, Hawaii, Illinois, Massachusetts, Minnesota, New Jersey, New Mexico, Oregon, Rhode Island, Vermont and Wisconsin) and the District of Columbia have passed Ban the Box legislation. Additionally, several counties (Montgomery, MD; Prince Georges, MD; Westchester, NY) and numerous cities (Austin, Baltimore, Buffalo, Chicago, Kansas City, New York,
Philadelphia, Portland, Rochester, San Francisco, Seattle, and Spokane) have limited employer’s ability to ask about or search for criminal records. Several other states are looking to pass similar legislation in
the near future.

Credit Reports: There are multiple jurisdictions that limit the use of credit reports in the hiring process.
There are currently ten states (California, Colorado, Connecticut, Hawaii, Illinois, Maryland, Nevada, Oregon, Vermont and Washington) and several cities (Chicago, New York and Philadelphia) that have
limitations on the use of credit reports for employment purposes.

Additional restrictions: Some other state laws that pertain to background checks include: restrictions on the use of the sex offender registry (California &amp; Nevada), marijuana convictions over two years old
(California), and certain “first offense” cases (Georgia &amp; Massachusetts).

Conclusion: Employers should be aware that CRAs are limited in what they are legally permitted to report. Federal and state laws restrict the availability of information that may be used for hiring purposes. In addition, numerous laws are on the books that impact employers and their ability to obtain and use certain information when evaluating prospective employees. A partnership with Justifacts can help you navigate the complexities of these different legislations and assist you in making the most informed hiring decision possible.

It is important to note that Justifacts is providing this information as a service to our clients. This list is not intended to be all-encompassing, there may be additional laws not included in this list. None of the information contained herein should be construed as legal advice, nor is Justifacts engaged to provide legal advice. Although we go to great lengths to make sure our information is accurate and useful, we recommend you consult your attorney or legal department if you want assurance that our information, and your interpretation of it, is appropriate to your particular situation.