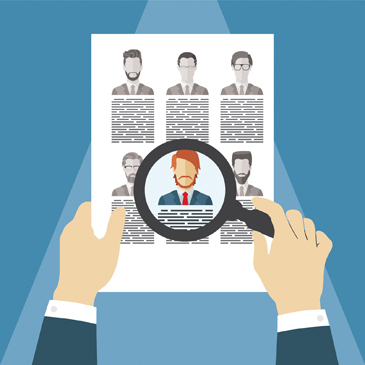 Reading between the Lies

Whether you call it personal marketing, harmless exaggeration, or innocent inflations, many candidates have a tendency to stretch the truth a bit when the time comes to fill out a job application. It is natural to puff oneself up a bit when looking for a job. We all want to present ourselves in the best light after all. Unfortunately, there are candidates who cross the line from professional showboating to a deliberate misrepresentation of their credentials. Understanding how to spot these unscrupulous employees can save your organization’s time, money and reputation.

Do you know who you’re hiring?

When looking for proof of the damage that deceptive employees can cause, the proof is all around us. For example, the Brian Williams scandal exposed how one person can bring shame to an entire organization. The resounding question was not why did Brian Williams’s lie about riding in a helicopter that was forced down after being hit by an RPG, but why didn’t NBC News perform its due diligence in uncovering those lies?

Other examples of famous fibbers include:

In 2014, Masiello accepted the office to become the new head coach for the University of South Florida’s Men’s Basketball team. A contract was reportedly for 5 years and worth more than $1,000,000 per season.

What did he lie about?

Masiello stated that he was a Kentucky graduate on his resume. Masiello attended Kentucky from 1997 to 2000 but did not complete his undergraduate degree.

In January 2012, Thompson was hired as the CEO of Yahoo!. Prior to his position at Yahoo!, Thompson held titles such as Senior Vice President, Chief Technology Officer and President of eBay from 2005 – 2012.

What did he lie about?

Thompson stated that he graduated from Stonehill College, with degrees in both accounting and computer science. Stonehill College verified that Thompson was granted a B.S.B.A degree in Accounting, but not for computer science. After the facts of the investigation where finalized, Yahoo! announced on May 13th, 2012 that Thompson would be replaced as CEO. His tenure only lasted 130 days.

In 1999, Callahan was appointed Deputy CIO of the U.S. Department of Labor. During her tenure, Callahan was responsible for the Department’s $420,000,000 IT budget. She was also elected President of the Association for Federal Information Resources Management.

What did she lie about?

How to protect your organization:

Uncovering applicant’s falsehoods can be a daunting responsibility. Individuals have unprecedented access to diploma mills and dishonest online “resume verification services”. However, given statistics such as 45% of all resumes contain at least one major fabrication (SHRM) and 70% of all business shrinkage link to employee theft (New York Times), resume fraud is certainly not an issue we can choose to ignore.

Here are a few tips for helping hiring managers “read between the lies”:

In the wise words of Homer Simpson, “It takes two to lie. One to lie and one to listen”. Partnering with a quality background check provider helps to ensure that you hear your applicant’s whole story.